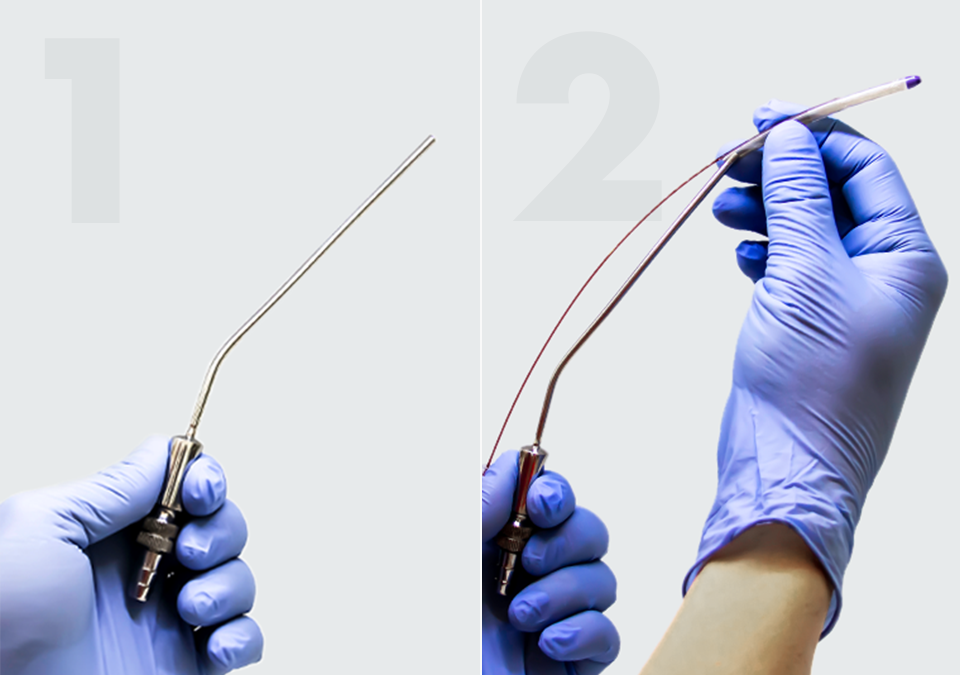 If you’ve ever had an awful sinus infection, you know how painful, and quite frankly, how much of a drag it is. But most of us don’t have Chronic Sinusitis, which consists of a sinus infection lasting longer than 3 months (despite treatment), according to the Mayo Clinic. That being said, 11.6% of the American population does, says the CDC.

For years, if doctors couldn’t bring the swelling down in your sinuses and clear the nasal passages with medication alone, they would have to go in and operate under general anesthesia. Over time, doctors developed less invasive techniques including a way to expand and clear the nasal passages endoscopically. But the devices were costly (around $2,000) and single-use only. A balloon on a stick, if you will, but after the procedure, the stick and the balloon had to be tossed.

As a practicing Ear Nose and Throat (ENT) doctor at South Florida ENT Associates in Kendall, Dr. Agustin Arrieta, the co-founder and Chief Medical Officer of Dalent Medical, a Miami-based company developing innovative devices for ENTs, “has always been the type that’s looking to innovate and improve,” said his co-founder and COO, Peter Flores.

Arrieta and Flores met through Flores’ wife, who is an ENT nurse. “A doctor and an engineer met at a bar and the rest is history,” Flores said of their first encounter in 2015. Before co-founding Dalent (actually pronounced Dale ENT, for the founders’ Cuban roots), Flores worked in sales and engineering roles and served as an angel investor through Miami Angels. He holds a B.S. in Computer Hardware Engineering from the University of Florida.

Dalent Medical was founded in 2017 and its first device, the Sinusleeve, is a disposable balloon that can be inflated to clear the sinus passages using just local anesthesia. It’s an outpatient procedure and patients can be back to work the next day without the pain of the sinus infection.

The result of the procedure, as it turns out, is that the passages stay open. The only part of the device that’s thrown away is the plastic sleeve and balloon itself. The hardware can be reused. These outcomes, when combined, create what’s known in the medical field as a “triple aim,” when a product creates a better patient experience, a better medical outcome, and costs less. According to Flores, the Sinusleeve reduces the cost by about 20%.

“In our bar-room talk, he [Arrieta] asked me to put a balloon on a condom,” Flores said. And from that “back of the napkin” design approach came a device that now has four patents and is listed with the FDA. Unlike startups in other fields that are encouraged by the tech ecosystem to “fail fast,” Flores said, “They don’t like you failing fast in humans.”

Today, Dalent has a contract with Baptist Health South Florida, and the Sinusleeve has been used in more than 200 surgeries in 4 or 5 Baptist locations. While COVID-19 has limited Dalent’s ability to sell in-person, a silver lining, Flores said, is that surgeons have had more free time to advise on the next version of the Sinusleeve. The reason, he said, is because many elective surgeries have been put on hold.

“Dalent is here to support ENT surgeons and the healthcare facilities through the current challenging times as well as the coming rush to address the backlog of untreated patients in the coming years. There are millions of patients who will have forgone surgical treatments for all conditions this year and we are furiously investing in our next-generation technology to provide even better care to patients when they do return to the OR. Dalent is honored to be in the position to help the healthcare providers and their patients through the current and coming challenging times and this entire year as a learning and growth opportunity,” said Flores via email.

Funds Raised: A total of $2.5 million led by Miami Angels. Dalent is currently raising a Series A of about $3 million.

Are you hiring? “Yes. We are seeking an experienced medical device senior marketing manager/program manager – reach out,” said Flores.